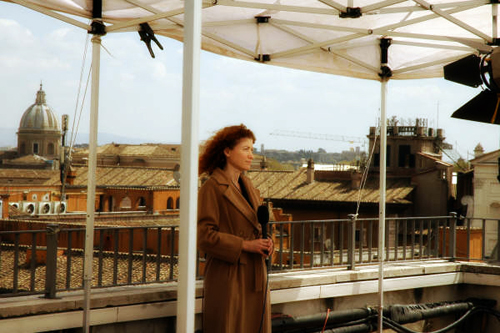 Jean Di Marino is an award-winning broadcaster, writer and producer. She recently produced a wildlife series for Netflix and several business series for Sky.

Her documentary ‘Artisans of Florence’ won a ‘Silver Radio’ award in the prestigious New York Festivals competition of 2011.

In England, she worked for BBC World Service as a radio features producer, and for Sky, Reuters and APTN as a TV news producer. In France, she worked as a journalist for EuroNews.

In Italy, she produced video reports on science, technology and sports for various clients and filed radio feature reports for CBC, Deutsche-Welle and Voice of America.

She reported on the death of Pope John Paul II, the Prodi and Berlusconi government elections and other events for ABC TV and Radio.

In Australia, she was commissioned by SBS to produce a documentary-length report for the “Insight” programme. She began her career reporting for ABC TV News from Brisbane and Melbourne.

Jean has degrees in Arts and Law and practised as a solicitor before turning to journalism.